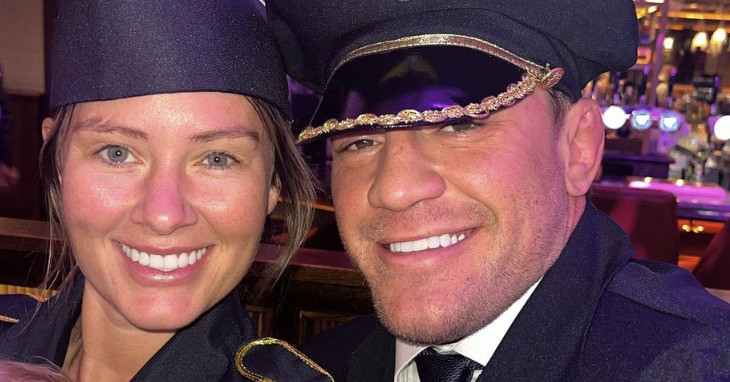 Halloween 2022 is in the books, and of course we had to bring you the best Halloween costumes from around the mixed martial arts (MMA) community. And as usual, there were several creative outfits on deck for your viewing pleasure.

From former UFC Middleweight champion, Robert Whittaker, unable to make his mind up between being Rafael of the Teenage Mutant Turtles and Spiderman, to Casey O’Neill doing her best Lara Craft of “Tomb Raider” impression, and the Swanson family going all out to assemble as “The Power Rangers,” there were plenty of good-looking get-ups.

See some good ones right here.

But, the one that caught the most attention, unsurprisingly, was former UFC “champ champ,” Conor McGregor, who sported a new beardless look as he donned a pilot outfit. And after seeing “Notorious” with a full beard for the last several years, it takes a bit of adjusting to see him with a freshly-shaven face.

Plenty of fans had their thoughts on the new look, and some were downright hilarious.

“Boss what kind of outfit is this? If our enemies see this they will make fun of us please delete this photo,” wrote one fan. “You look hilariously funny without a beard. Looking like a Disney movie train rider,” added another.

You’ve heard of “Sea-Level Cain” and “Full Camp Nate Diaz,” well now we can add “No Beard Conor” to the mix. “No beard Conor smokes Islam,” claimed one McGregor follower. “Beardless Conor looks like Colby and John Cena had a kid.”

The “Notorious” outfit was an homage to Frank Abagnale, a convicted felon-turned author who had the FBI chasing for years before his eventual arrest. He now works as an FBI consultant and even had Leonardo DiCaprio portray him in the 2002 hit, Catch Me If You Can, which was directed by Steven Spielberg.

As for McGregor, his combat return has been delayed until mid-2023, according to UFC President, Dana White. The star-crossed Irishman hasn’t competed inside the Octagon since losing to Dustin Poirier for the second straight time at UFC 264 in July 2021.