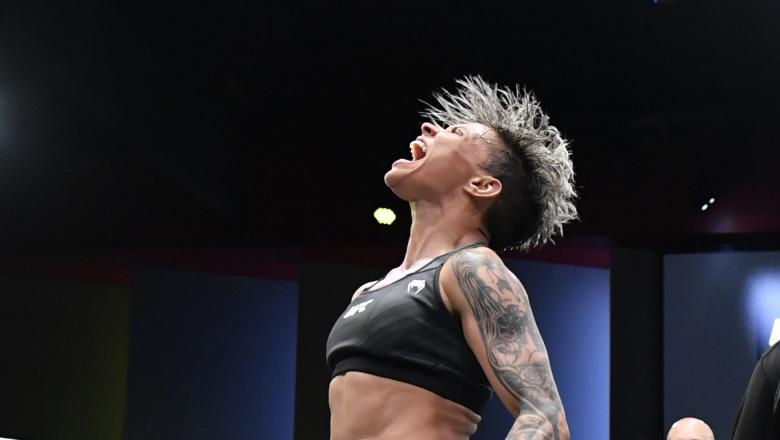 Political demonstrations and protests in her native Brazil caused numerous flight delays and cancellations around the country, including that of Lemos. She ended up sleeping at the airport in hopes that her rescheduled flight would leave on time. Hours turned into days waiting for the 16-hour flight. Sitting in the fighter hotel with UFC.com on Thursday, she had been in Las Vegas less than half a day.

“I was a bit tired when I got here,” she admits. “But I was able to rest. I have trained already, and I am feeling brand new. Thanks to God, we arrived here well. I am feeling very well.”

It’s not an ideal start to arguably the biggest fight of your career to date. Just don’t expect to hear complaints or excuse-making from Lemos, who seems to have already forgotten the ordeal.

Relative to the challenges Lemos has faced in her life, an extended stay at the airport is mere child’s play. It’s a story that has been told before, but it warrants a reminder each time Lemos fights: she overcame a broken spine suffered in a motorcycle accident and now finds herself in striking distance of the UFC strawweight title.