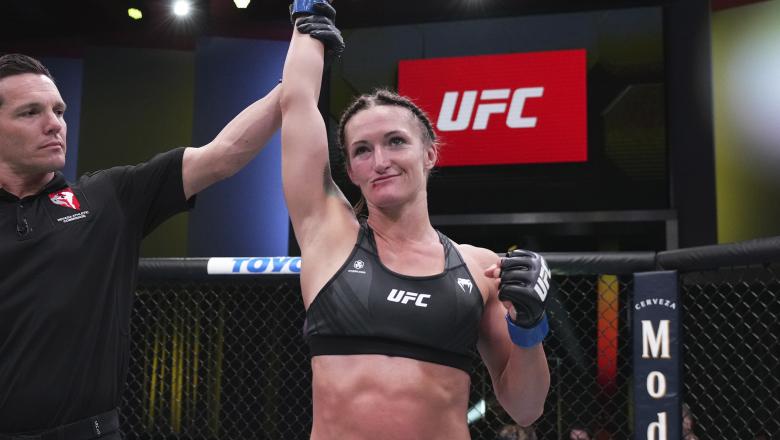 “I’m ready to go this time,” Young said. “The camp was odd; we were struggling with my weight the entire time. I was working with the PI and just couldn’t really get my body to respond, I think there was some weird hormonal stuff going on. This time it felt a lot more normal.

“More of the same,” Young said of having two consecutive training camps for Maverick. “It’s been crazy, I feel like I’ve been getting ready for this one opponent for six months and I really have. It’s been long, drawn out, a lot of the same stuff. I mean, we added a little bit here and there but, for the most part, I’m ready for this to be over so I can focus on somebody else.”

WATCH: Get Ready For UFC 281: Adesanya vs Pereira With Free Fights!

Not only did Young battle through two training camps for Maverick, but this is also the second time she’ll be competing against the highly touted prospect. Meeting in 2019, Maverick won in impressive fashion; a first round submission via rear naked choke.

“I fought [Miranda] before so there’s always that looming idea in the back of your head how it went last time, what you’re going to do different this time,” Young said. “It’s definitely a confidence booster getting that win the last time and I’m ready to go out there and [put on a show].”

When asked how fans can expect the fight to play out, there was no detailed description, no hints on where the fight may go, just an undeniable confidence that she’ll leave the Octagon with her hand raised.