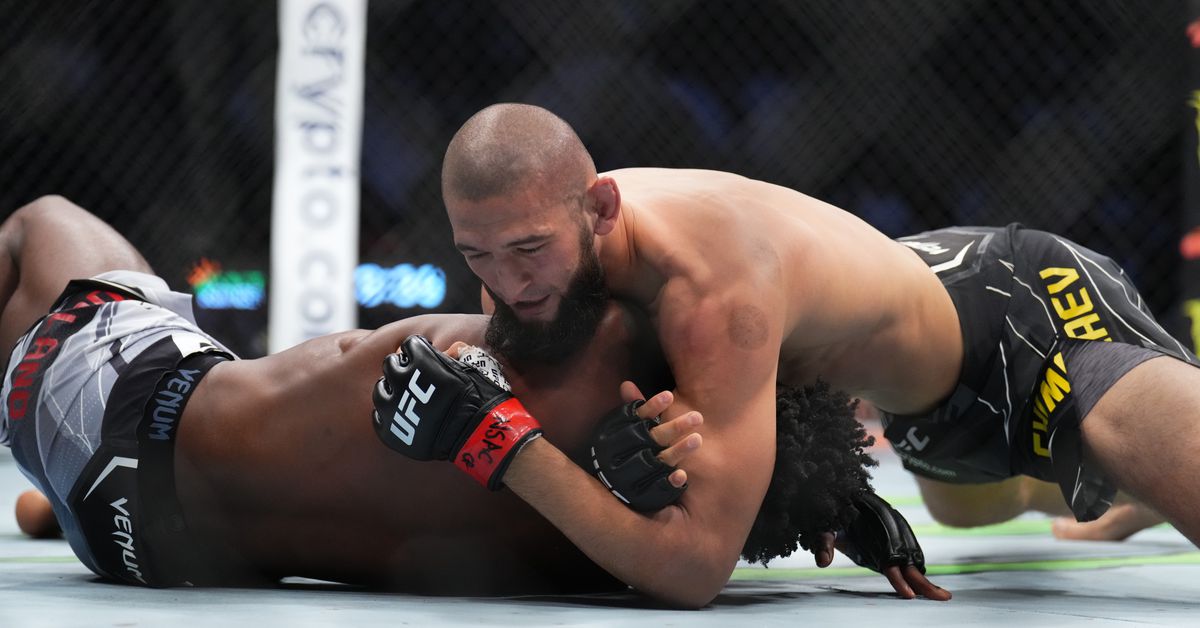 Bo Nickal may not have had his UFC debut yet, but he’s already taking aim at one of the most fearsome fighters on the roster.

Nickal is a three time NCAA Division 1 champion, and only missed his chance to participate in the Olympics because he lost to eventual gold medalist David Taylor. He’s undeniably one of the best amateur wrestlers signed to the UFC. And he’s not particularly impressed with Khamzat Chimaev’s three Swedish National championships.

“When I watch his actual wrestling stuff, he’s basically a 25-year-old man wrestling high school kids in Sweden,” he said during an interview with Michael Bisping. There’s not really much to be said about that.”

Nickal is looking forward to racing up the middleweight rankings in the UFC. And if he had his way, he’d take on Chimaev, who may be on the verge of being forced up to 185 pounds if he misses weight again.

“Let’s go. I’m ready,” Nickal declared. “I’m ready for him right now, he’s a good match-up for me. He’s not taking me down, he’s not doing nothing to me.“

“I’m 6 foot 1, 205lbs, I’m a full grown 185er’ and yeah, that’s a match-up I really, really want. I feel like he’s been in MMA longer than me and is a little ahead of me in terms of the organization. But I think without a doubt we have to match up at some point.”

“If he stays undefeated, keeps winning, I think that could be one of the biggest fights in UFC history.”

Bo Nickal sees a lot of positives in how Khamzat Chimaev fights, but feels like even some of those positives are net negatives in a fight against him.

“He competes really hard,” Nickal said. “He goes hard from the first whistle. He seems a little emotional to me, I don’t really know that he makes the best decision. We saw that in the Gilbert Burns fight, all of a sudden he’s just slangin’ and bangin’ with this dude for real no reason.”

Chimaev would win that fight via unanimous decision, but it was a close 29-28 fight. That’s the first time we’ve seem Khamzat break a sweat. All of his other UFC fights have ended in the first or second round without any damage inflicted. Would Bo Nickal be able to drag Chimaev into deep waters?

We’ll have to wait and see if Bo knows what he’s doing against UFC caliber opposition. His debut (after two one sided Dana White’s Contender series wins) was set to occur at UFC 282, but has since been delayed until sometime in 2023.