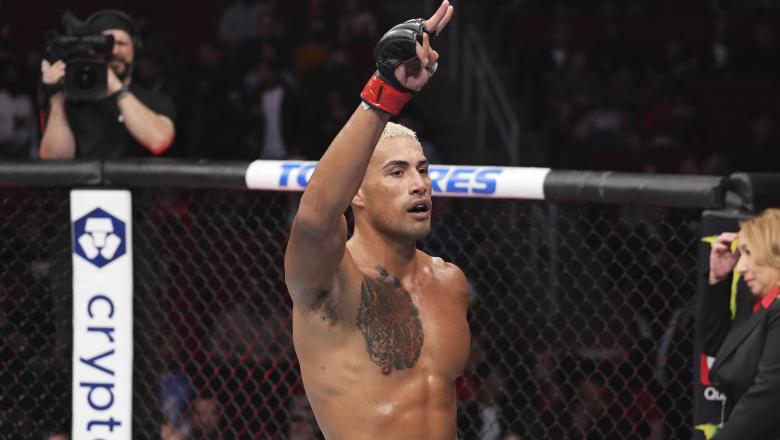 To hear Ulberg tell it, that’s been a good thing for his preparation.

“It’s always good training with a big crew, especially when we’re all on the same card, (we have) the same vibe and are feeding off each other, I’m here (in New York) with a big crew now, the vibes are high and strong.”

For his part, Ulberg says the team is viewing Saturday as a joint mission.

“With Israel leading this card and then we have the other two boys, it’s a mission and we treat it like a mission.  Complete the four wins and go home.”

In Negumereanu, a former Romanian national wrestling champion, Ulberg will have the opportunity to prove himself against a solid wrestler.  While Negumereanu is perhaps not as polished on the feet as Ulberg, he also has heavy hands and eight knockout wins to his name.

Ulberg, who is father to a 12-year-old son, sees the fight as a fork in the road in both men’s careers.

“I’ve seen a little bit (of footage of my opponent), enough for what I need to know; he’s got some skills, I know with Nicolae he’s got some notable wins, he’s beaten a guy I lost to in my debut,” said Ulberg. “I guess with myself and Nicolae we’re at that point where whoever wins this breaks into that next tier where things start to get serious. We’re both at that point where if either one of us wins this fight, things can start to happen for us.”

Ulberg is not shy in predicting how he sees the fight unfolding come Saturday, as he looks to complete the mission: both for himself and the team.