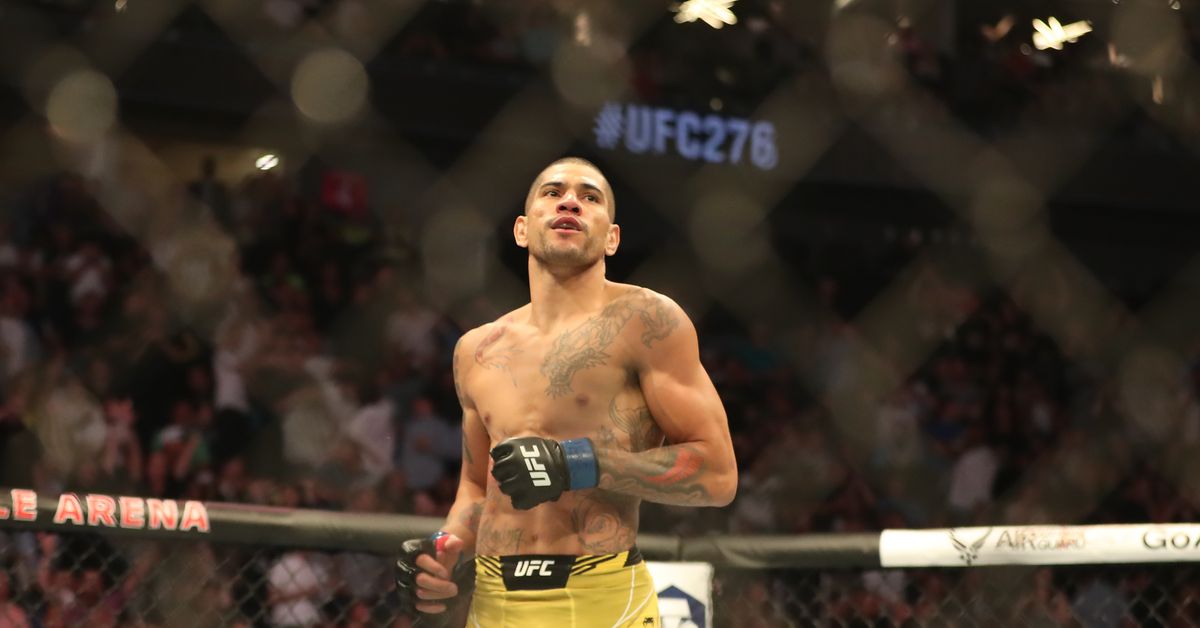 Alex Pereira isn’t sure how his UFC 281 title fight against champ Israel Adesanya is going to play out, but he is sure Adesanya hasn’t forgotten about their previous meeting.

Heading into Saturday’s pay-per-view, a stoic Pereira said his knockout win over Adesanya in kickboxing left a permanent mark in the champ’s mind.

“It’s still there, for sure,” he said via translator at the UFC 281 media day. “I don’t know how it’s going to be or how he could possibly erase that from his mind, but I know it’s still there.”

Adesanya and Pereira headline UFC 281 at Madison Square Garden in their third meeting. Pereira took a decision over Adesanya in 2016 and then knocked him out late in a rematch one year later. Pereira won three straight in the octagon to earn his title shot.

Adesanya took credit for Pereira’s quick rise in the octagon, saying their history expedited his title run. The Brazilian said it didn’t ultimately matter how he got there, only that he proved he belongs.

“I’m going to show people that I’ve been training MMA for a while and how dangerous I can be in MMA,” he said.

If Adesanya wants to exact revenge with his fists, Pereira said he’s ready for that. But he isn’t counting on the type of fight that many fans are expecting on Saturday.

And if Pereira repeats history on Saturday, he welcomes a fourth meeting. He’s just unsure Adesanya, who attempts his sixth defense of the unified title, will want to be reminded again of the outcome.

“He does deserve that, but I think if they come and ask him after that for a rematch, I don’t think he wants that,” Pereira said.