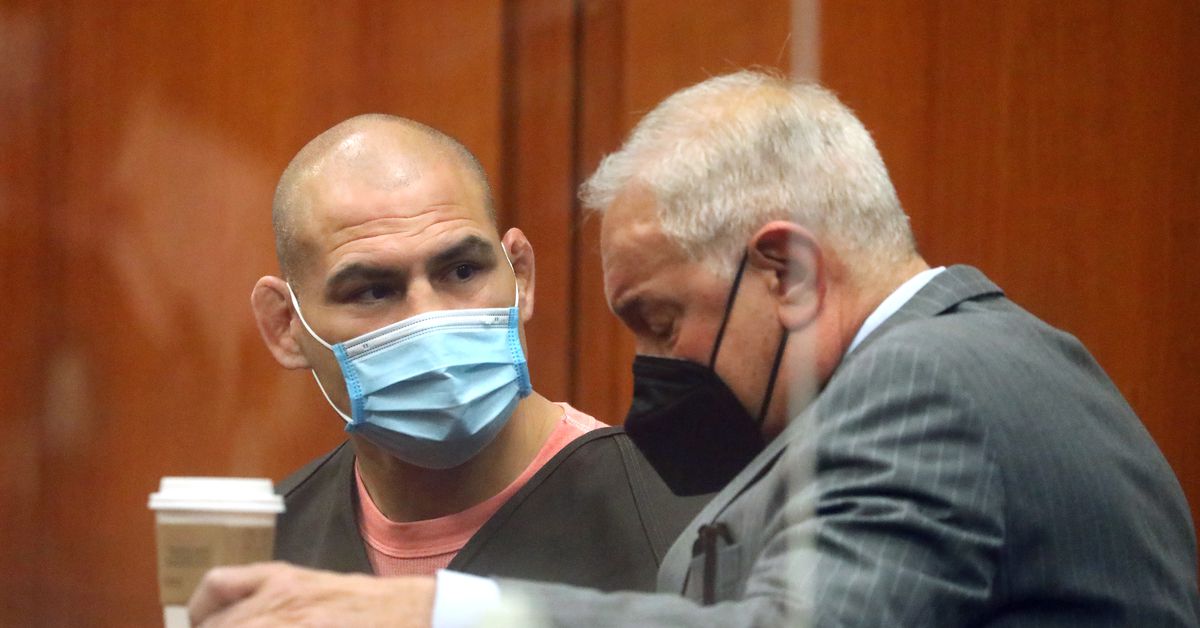 It’s already been a long, hard legal battle for Cain Velasquez, and though that road is far from over, he’s finally scored a victory. Earlier today, news broke that Velasquez was finally eligible to be released on bail after previously being denied three times. He’s been in jail for eight months since allegedly shooting at alleged child molester Harry Goularte and instead striking his stepfather.

There are several conditions to accompany his release. Alongside the $1 million bail, Josh Gross reports Velasquez must submit to “home detention; GPS monitoring; TBI/CTE outpatient treatment at Windmill Wellness Ranch; counseling and/or support group for parents of victims of child sexual abuse; search and seizure; no weapons; and keeping 300 yards from alleged victims of the shooting [Harry Goularte, Patricia Goularte, and Paul Bender].”

Conditions aside, it’s a victory for Velasquez, those close to him, and the MMA community as a whole. Check out some of the reactions online, including many from his American Kickboxing Academy (AKA) training partners:

Many prayers answered my brother @cainmma is out and with his family. I love you deeply and thank GOD

It will be really interesting to see whether Alex Pereira or Israel Adesanya is favored by the shift in glove sizes.

Claudia Gadelha shows off four options to break grips and finish the armbar.

Dustin Poirier has been in so many bloody wars that I’ve forgotten some of them.

Is this the match up that allows Doo Ho Choi to rebound from his current three-fight losing streak?

Michael Chandler with another display of his ridiculous athleticism.

If everyone agrees there are no rules, it’s a fair game.

Li Jingliang with a zinger.

BKFC clips filmed from ringside are no joke.

The referee gave him a whole bunch of chances, and it actually made a difference!

Claudio Puelles is a leg lock specialist enjoying success in one of the UFC’s deepest divisions. Enjoy it until that train inevitably derails!