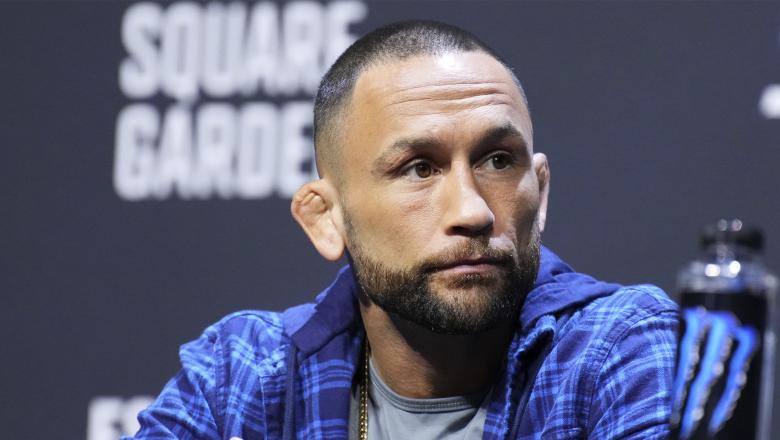 “It’s like every fight, whether it’s your last one or your first one,” Edgar said. “My first fight ever and my last fight, I still want to win just as badly. And there’s still some kind of outside distraction, some guy that wants to beat me and some guy that wants to make a name off me. So it’s very familiar territory.”

That’s why Frankie Edgar is beloved. It’s that familiar territory, that reality that when he’s in the Octagon you always know what you’re going to get. Death, taxes and Frankie Edgar. Two we can do without, one reliable part of life that is going to be missed. But not forgotten. Oh no, never forgotten.

“When anybody watches me fight, the best compliment I can get is, ‘Man, you want to win. You want it more than the other guy,’” he said. “They can tell, no matter what, that I’m all-in on these fights. Win, lose or draw, I’m giving my whole hundred percent self. That’s what I want to be remembered for.”

Done deal. And if he wins big on Saturday night, could this retirement be put on hold?

Edgar laughs, knowing I had to ask.

“A lot of my team says I’m gonna sit there and pull a ‘Wolf of Wall Street’ and say ‘I’m not f**kin’ leaving.’ But I was never gonna be the guy to say, ‘I’m gonna retire.’ I was just gonna walk away. But by saying I’m gonna retire before it happens, I think it’s gonna hold myself accountable and I gotta move on to the next chapter of my life.”