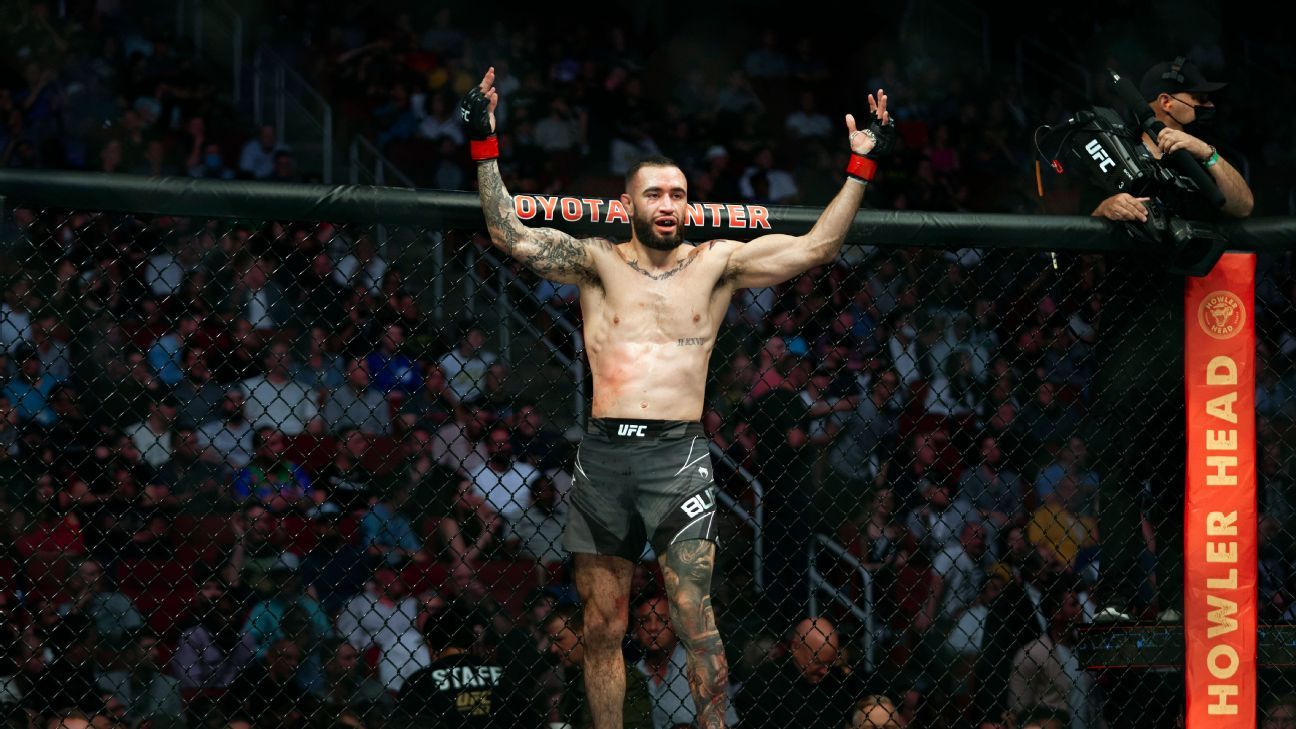 PFL featherweight Shane Burgos has been forced out of his scheduled bout against Marlon Moraes on Nov. 25 because of an injury, according to promotional officials.

Burgos (15-3) was scheduled to face Moraes (23-10-1) in a featured bout on PFL’s inaugural pay-per-view event in New York. Moraes will remain on the card against Sheymon Moraes. The nature of Burgos’ injury was not disclosed.

It’s an unfortunate development for the card, as Burgos, 31, represents one of PFL’s biggest free agent acquisitions in recent years. He signed with the PFL earlier this year, ending a five-year run in the UFC.

Moraes, of Brazil, announced his retirement from MMA in March, following his fourth consecutive defeat in the UFC, but elected to cut that retirement short for this opportunity. Both he and Burgos are expected to be part of the PFL’s 2023 season.

A women’s lightweight championship fight between Kayla Harrison and Larissa Pacheco will headline the PFL event.

Morning Report: Paddy Pimblett fires back at Jake Paul: ‘He’ll never have it with someone on an even playing field’
Angela Hill Knows Everything Is Coming Together
Kayla Harrison Reacts To Cris Cyborg’s Post-PFL Championships Message
Sean Strickland SCARED after UFC’s invitation to UFC 276 press!
Fight By Fight Preview | UFC Fight Night: Thompson vs Holland