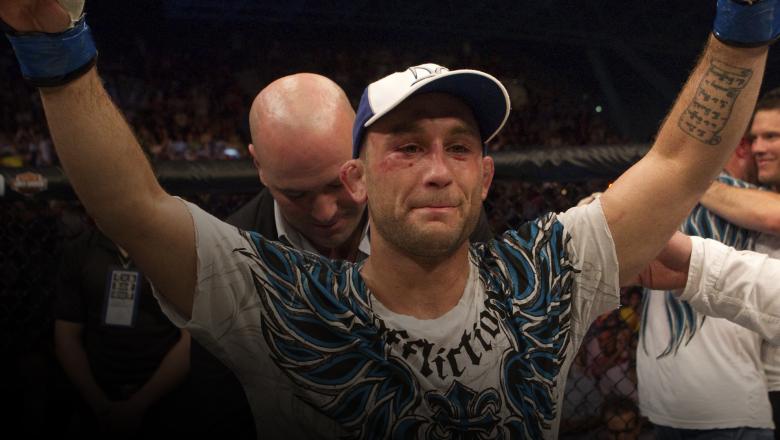 When you say the name Frankie Edgar, I just think legend.

You got to go back to those Frankie and Gray Maynard fights when Frankie and Gray fought for the title. The determination that Frankie showed when he was hurt so badly; the equilibrium was off and that happens in fights. You might be thinking clearly but your legs aren’t working, your arms aren’t working, you don’t know which way is up or which way is down. Frankie was able to keep his composure and go out there and win.

The way that he lived behind the scenes. How he ate, how he woke up early, how he did his roadwork, how he made sure he got good sleep at night, how he supplemented.

Legend. He’s an absolute legend and he’s been around a long time.

He’s a small guy in the lightweight division, taking out bigger guys, and that’s what I plan on doing right now. There’s even proof out there that it can happen.

He’s shown you what can be done with the right mindset and the right skill and when Frankie was in his prime, he was taking out everybody. He’s an absolute legend. Nothing but respect for the guy and I wish him the best.