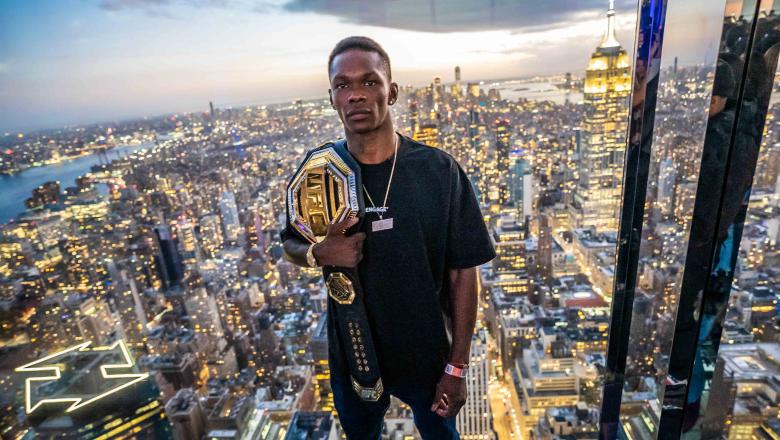 “I didn’t know he was cageside until after the fight,” Adesanya said when asked about his decision to take aim at the Brazilian challenger. “I decided to call out Alex because he’s that guy that people think can beat me, because he has already has, in another code, in kickboxing, in the past — way back when — so it’s one of those things like (Paulo) Costa, like (Yoel) Romero. I call out the toughest guys at the time.

It’s been a minute since Adesanya put his full, dynamic arsenal on display inside the Octagon, which is another reality his detractors won’t let him forget.

His last finish came more than two years ago against Costa, whom he dispatched with ease in the second round at UFC 253, and after three straight wins where he’s used the full 25 minutes allotted to him, the criticisms have come flooding in.

The same way he’s heard all the talk and seen all the messages containing highlights of Pereira’s knockout win from March 2017, the engaging middleweight champion has heard the gripes and complaints about his recent efforts — about how he wants to be a superstar, headlining massive events, only to work his way through 25-minute contests where he’s seen as not taking enough risks — and while he’s willing to shoulder some of the blame, Adesanya wants to make sure the piece of the puzzle is accounted for as well.

“For my last three fights, they came in there with good intentions — they’re trying to kill me — but after Round 1 or Round 2, they kind of realize, ‘F***! This is not what I was expecting. He’s starting to build momentum. He’s touching me a lot sooner,’” he began. “Then, they go from trying to win to trying to survive.

“They might throw some strikes out there, throw some shots to try and keep me on the fence, but me and them know. You know. If you know, you know, and me and them know ‘now you’re trying to survive.’ It’s really hard to try and kill someone when they’re fully focused on trying to survive and fully focused on ‘At least I didn’t get knocked out. At least I didn’t end up on his highlight reel.’