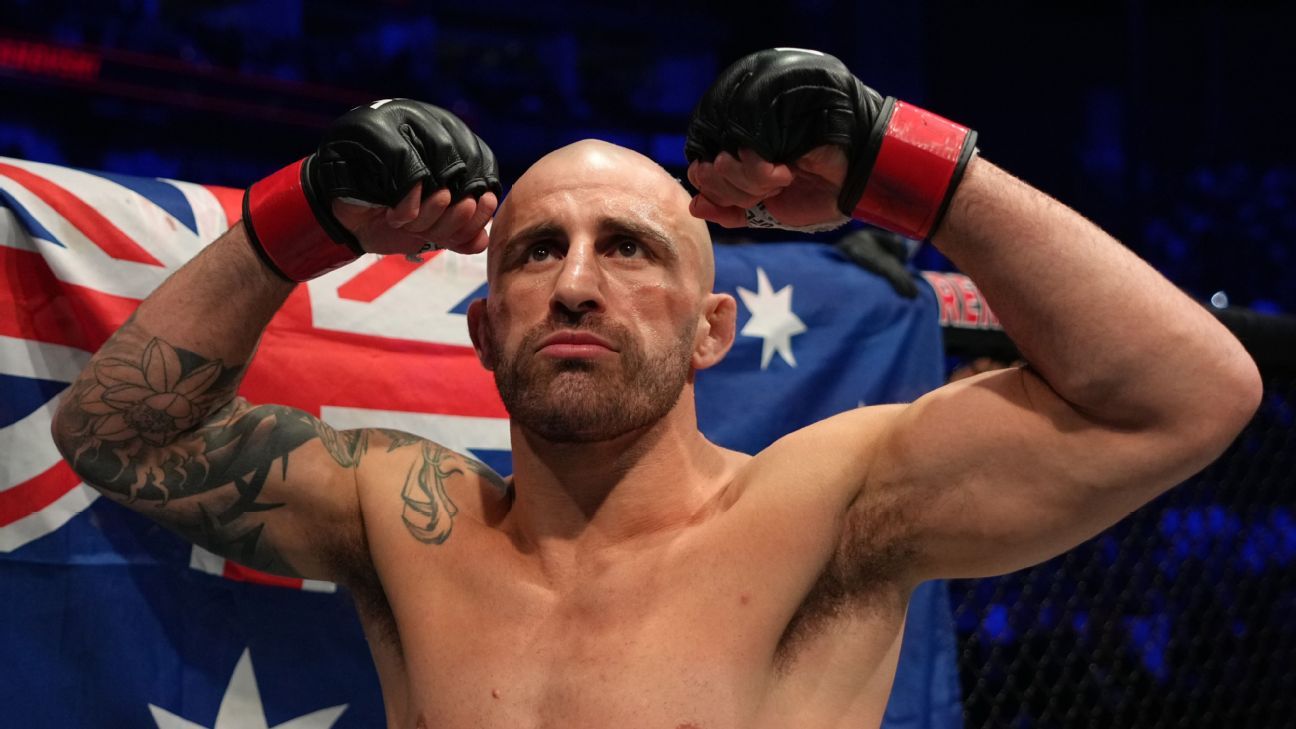 NEW YORK — A superfight between two UFC champions is “close,” according to Alexander Volkanovski.

The featherweight champion told ESPN that a bout against lightweight champion Islam Makhachev is nearing completion for UFC 284 on Feb. 12 in Perth, Australia.

Volkanovski, who hails from Australia, was called into the Octagon after Makhachev beat Charles Oliveira to win the title last month at UFC 280.

“We’re obviously pushing for it,” Volkanovski said. “Everyone wants it. We’re going to make it happen.”

Volkanovski is ESPN’s top-ranked pound-for-pound MMA fighter, while Makhachev is No. 3.

The bigger Makhachev, however, will likely be favored because of his dominant wrestling and grappling acumen.

“It’s going to be like a David and Goliath, because everyone thinks he’s the strongest man on the planet, best grappling anyone has ever seen,” Volkanovski said. “The way they’re talking about him — it’s just going to look incredible when I get the job done.”

Volkanovski, who said he is already eating 4,000 calories a day in preparation for moving up in weight, has the chance to be only the second fighter in UFC history to hold the lightweight and featherweight titles simultaneously, joining Conor McGregor.

Volkanovski said a bout between he and McGregor could be in the offing in the future, as well.

“That’s next then, right?” Volkanovski said. “Let’s make that happen after that. … There’s only been four champions in the featherweight division. The only one I haven’t fought is Conor McGregor.