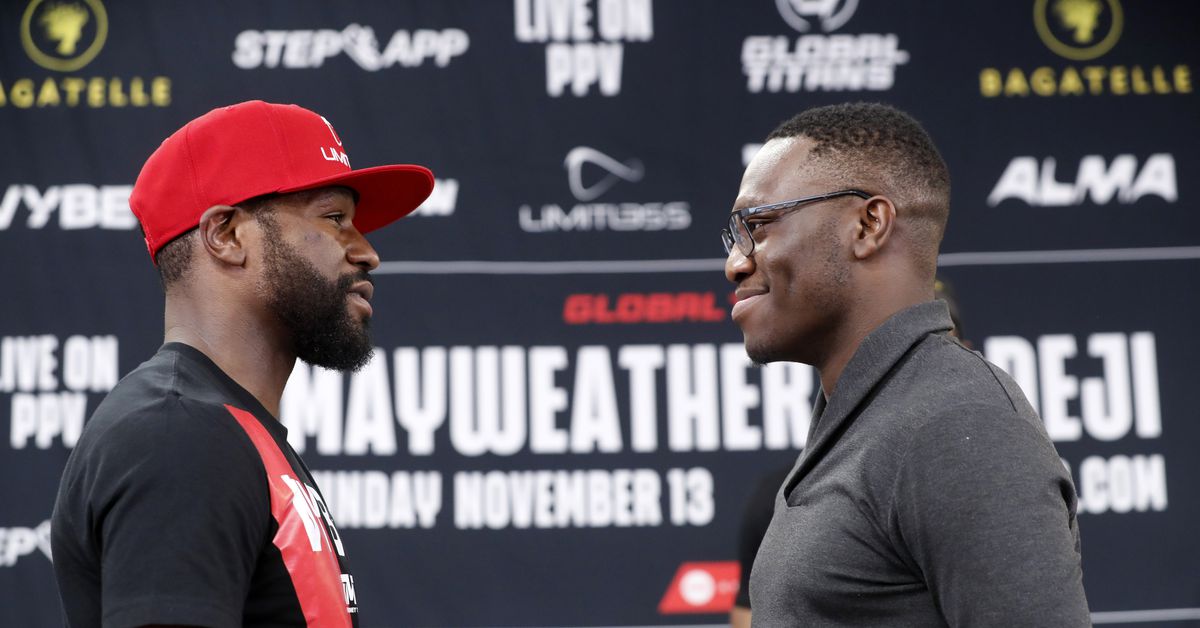 MMA Fighting has Floyd Mayweather vs. Deji live round-by-round updates for one of the most anticipated boxing fights of the year which takes place Sunday afternoon at Coca-Cola Arena in Dubai, UAE.

The main event is expected to begin around 4 p.m. ET on FITE TV pay-per-view. Check out our Mayweather vs. Deji results page to find out what happened on the undercard.

Floyd Mayweather competes in his fifth boxing exhibition since compiling a 50-0 career record as a pro. It marks his third exhibition contest of the year. He defeated Mikuru Asakura via second-round TKO in his most recent outing on Sept. 25.

Deji (1-0) is coming off the first victory of his short boxing career. He defeated Fousey via third-round TKO this past August.

The Mayweather vs. Deji clash will be an exhibition fight.

The undercard has wrapped and Mayweather and Deji make the walk to the ring next.

Mayweather vs. Deji is supposed to begin soon according to the broadcast.

It’s Deji out first and he’s announced as “The GOAT of YouTube boxing.”

Niko Price Can’t Wait To Fight
The 7 must-watch fights at UFC 282
ONE on Prime Video 5 results: Anatoliy Malykhin starches Reinier de Ridder in first for second title
The MMA Hour with Raufeon Stots, Danny Sabatello, Cris Cyborg, and Teofimo Lopez in studio at 1 p.m. ET
Dustin Poirier wants Nate Diaz to come back for one more fight so he can ‘beat the sh*t’ out of him