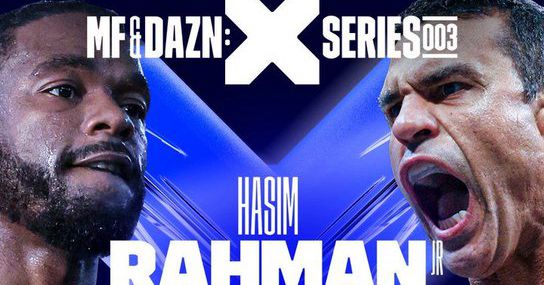 The card will stream LIVE on DAZN (subscription required) at 8 p.m. ET.

Rahman Jr. (12-1, 6 KOs) is coming off a technical knockout loss to James McKenzie Morrison in their WBC heavyweight title fight back in April. As for Belfort (1-0, 1 KO), he won his boxing debut by stomping the fossilized remains of geriatric boxing icon Evander Holyfield in a bona fide PPV bomb last September in Florida.

Card subject to change, though I doubt we would be that lucky.

“It’s an amazing event,” Rahman Jr. said during a recent media call. “I’m excited to be a part of it and to especially test myself against a legend. This is a former UFC champion, a Brazilian Olympic alternate in boxing, a true martial artist and competitor; I’m ready to prove why he speaks so highly of me. He’s been at the top of a bill before, the main event, he’s done it all. I’m here to take advantage of these opportunities and I’m happy to show people why I’m one of the most dangerous people in combat sports. Period.”