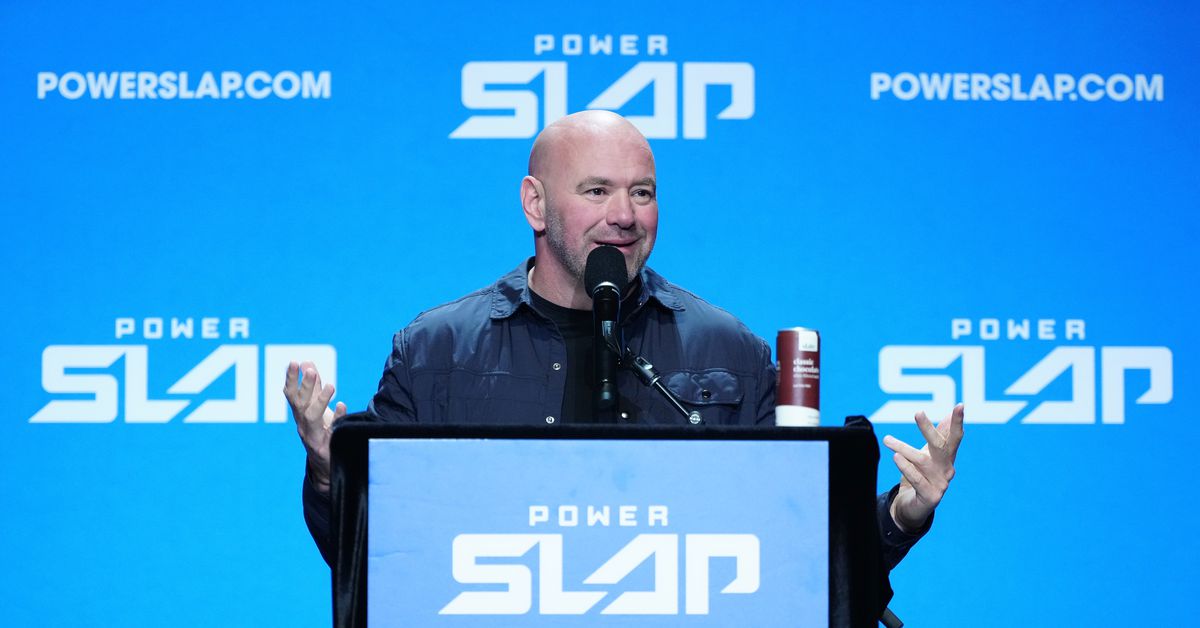 Dana White’s Power Slap league has officially been granted a promoter’s license, and the rule set has been approved by the Nevada Athletic Commission.

The new league, which is set to air eight events on TBS starting in January, will feature slap-fighting. The Nevada commission previously approved plans to regulate the sport, and now a rule set has been approved that includes standards for how matches are judged as well as oversight for fighter safety.

UFC Chief Business Officer Hunter Campbell noted the league worked hand-in-hand with the commission to standardize the rules, which were first released to the media during a press conference ahead of UFC 281 in New York.

During one exchange at a commission meeting on Wednesday, NAC Chairman Stephen Cloobeck point blank asked Campbell, “You will make sure no one dies?”

“That is priority 1, 2, 3, 4, 5, 6, 7, 8, 9 and 10,” Campbell responded. “That goes without saying. Honestly, one of the reasons we tested this was to really understand firsthand in person the health and safety aspect of the sport.

“We have a high level of comfort following that, working extensively with the commission, to make sure that we believe that safely.”

Cloobeck continued: “You will make sure that no one has severe brain injuries going forward?”

“That’s correct,” Campbell said. “That’s the other reason working with you and executive director [Jeff] Mullen, chairman. We put the health and safety requirements in place that are above and beyond basically what any other commission in the country would require.”

Because athletes competing in slap fighting matches are unable to defend themselves, medical professionals have already cast doubts on the overall safety of the new league.

“When it comes to the physical aspect of the martial arts, safety and defense are primary,” Nitin Agarwal, a neurosurgeon specializing in research of traumatic brain injury at the Washington University School of Medicine in St. Louis, said when speaking to The Washington Post. “By its virtue, slap boxing is an offensive sport. There is no defense.

Nitin Sethi, a neurologist and member of the Association of Ringside Physicians, said no amount of regulation would change the damage to the fighters.

“I disagree with the argument that better medical supervision of this ‘sport’ shall make it safer,” Dr. Sethi told veteran boxing writer Thomas Hauser. “I am not sure what a physician is meant to supervise here other than being the overseer of concussive injuries occurring under his or her watch.”

According to Polish News, strongman Artur “Waluś” Walczak was put into a medically-induced coma and died after participating in a slap fight.

Slap fighting previously wasn’t regulated, which is part of the reason why Power Slap sought oversight from the Nevada Commission before getting the league up and running. Now, the commission will have a hand in slap fighting matches taking place in Nevada after helping to orchestrate a set of rules for the competition.

As part of the new rules for Power Slap, victories will be determined by knockout, TKO or judges’ decision, which will be scored on the 10-point must system just like MMA or boxing. Judges will determine points based on the striker’s effectiveness, the defender’s reaction and the recovery time needed after taking a hit.

There will be weight classes for both men and women competing in Power Slap.

The first event is expected to air on TBS in January, although an exact date has not been announced yet.