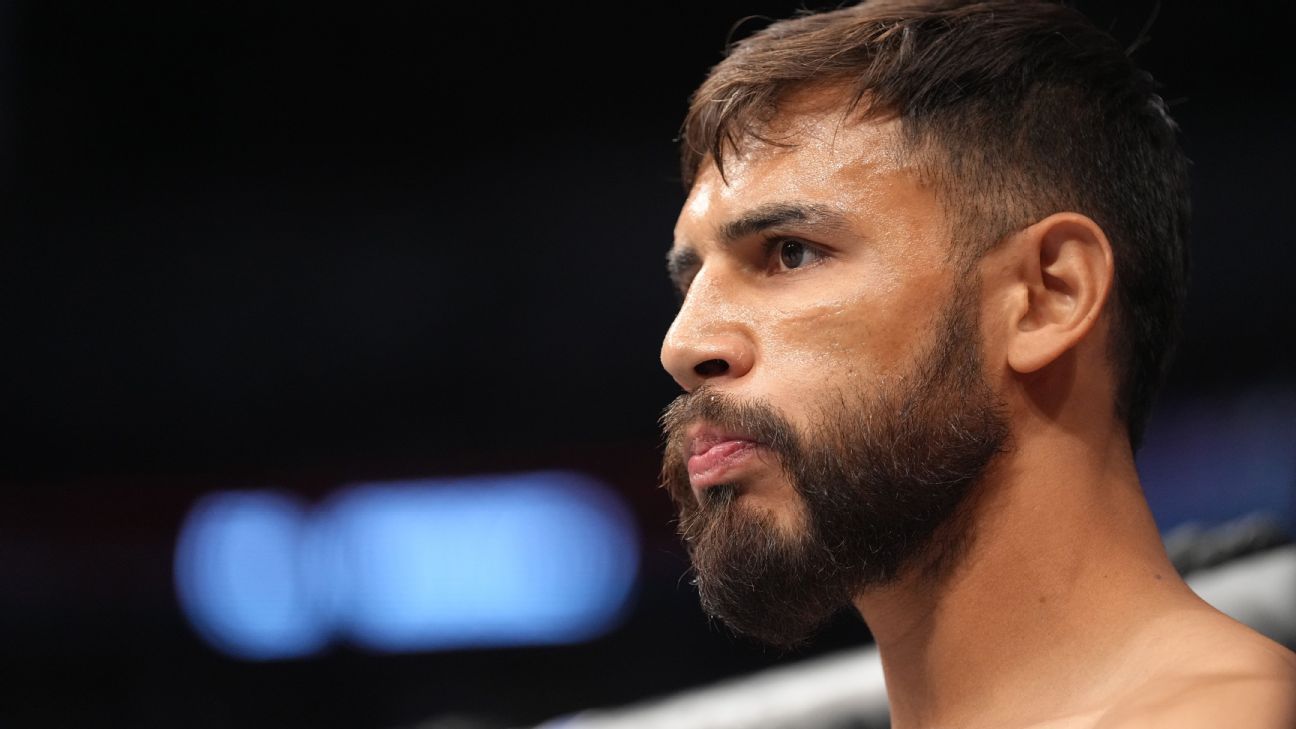 Just hours after a superfight was booked for the UFC 284 main event, another title fight has been added.

Yair Rodriguez will fight Josh Emmett for the interim UFC featherweight title in the co-main event of the Feb. 11 card in Perth, Australia, the UFC announced Saturday night.

The UFC is making an interim title, because undisputed champion Alexander Volkanovski will move up to lightweight and challenge champion Islam Makhachev for that title in the UFC 284 headliner.

ESPN has Rodriguez ranked No. 4 in the world at featherweight, and Emmett is ranked No. 7.

Rodriguez (14-3, 1 NC) is coming off a victory over Brian Ortega at UFC Long Island in July. The 30-year-old Mexican-born striker has just one loss in his past five fights. Emmett (18-2) has won five straight. The 37-year-old California resident is coming off a split decision win over Calvin Kattar in June.