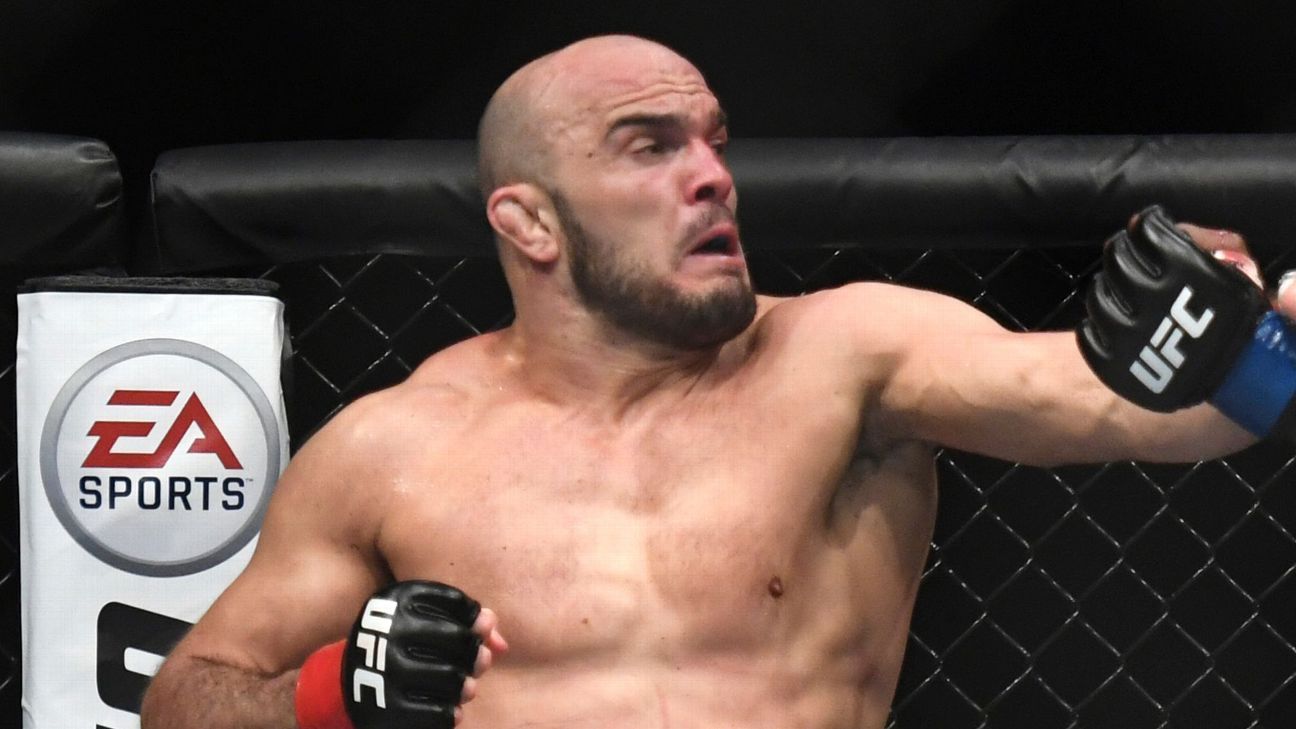 The commission suspended UFC heavyweight fighter Ilir Latifi for three months for not disclosing an illness to commission doctors before his fight Oct. 1 in Las Vegas. Latifi beat Aleksei Oleinik via unanimous decision on the UFC Fight Night card and then, in his postfight interview, revealed that he actually went into the bout with staph infection.

During the NSAC meeting Wednesday, Latifi’s condition was deemed contagious and potentially a health hazard for his opponent and those who were close to him over the course of the fight week. The commissioners voted unanimously to suspend Latifi, who will be eligible to return to competition Jan. 1. The suspension is retroactive to the fight date.

This is the first time a fighter has faced disciplinary action from the commission for not disclosing an injury or illness. Commissioners also indicated at the meeting that they would take a look at the Shayilan Nuerdanbieke vs. Darrick Minner from the UFC Fight Night card Nov. 5 in Las Vegas.

The betting lines on that bout shifted heavily and suspiciously toward Neurdanbieke in the hours before the fight and Minner lost in the first round via TKO after appearing to suffer an injury. The bout is under investigation by Las Vegas-based betting integrity firm U.S. Integrity, as first reported by ESPN. The commission implied they could take action against Minner for not disclosing an injury.

Also during the meeting Wednesday, the NSAC suspended UFC lightweight Bobby Green for six months because of a positive drug test for an exogenous steroid. Green was already suspended by USADA, the UFC’s anti-doping partner, and the commission gave the same suspension. Green is eligible to fight again beginning Wednesday due to the retroactive nature of the suspension.