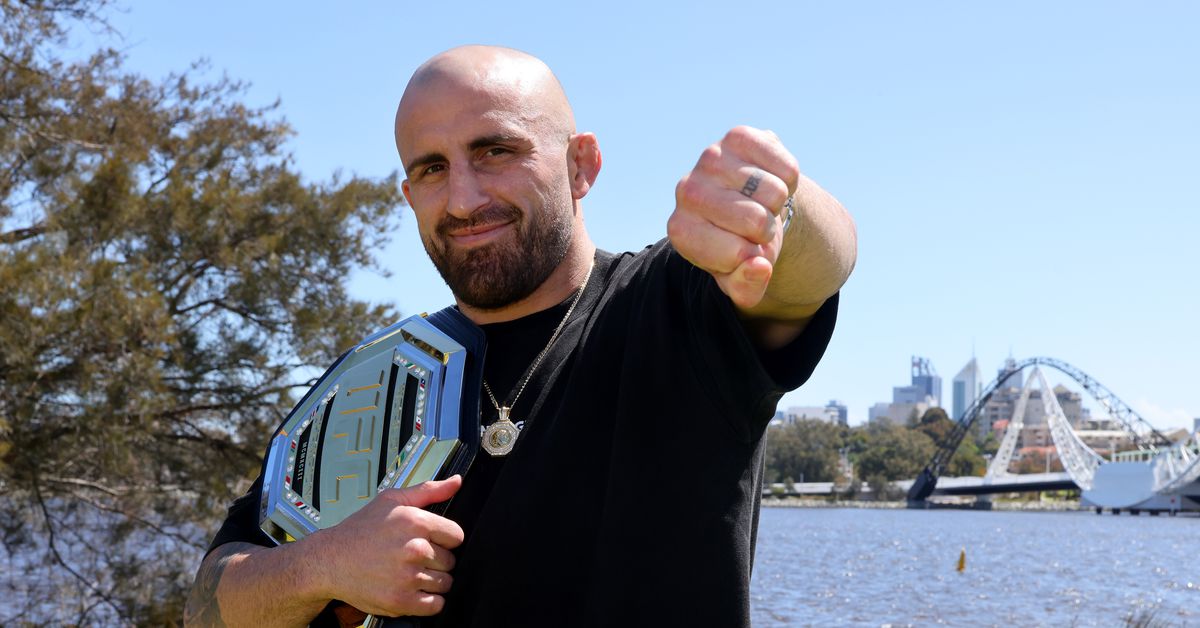 Historically, most UFC champions have found the creation of an interim title to be … well, kinda stupid.

The reigning featherweight kingpin supports the idea of having Yair Rodriguez and Josh Emmett compete for a substitute strap at UFC 284 in Perth, the same card that features “The Great” moving up to lightweight to challenge Islam Makhachev for the 155-pound belt.

After all, it keeps the division moving and locks in his next opponent.

“Look, I’m okay with it,” Volkanovski told reporters at the UFC 284 press conference (watch the video replay here). “At the end of the day I’m the champ so that’s that. That gives me a clear guy, what a card to do it on. They get to show me who’s next in that featherweight division, here in Australia as well. So, that builds that fight up anyway. I’m more than okay with it. Right now I wanna chase that second belt so I’m focusing on that. We’ll let them do their thing, hopefully put on a show, give me a clear guy, someone will be holding that interim belt and I’ll be happy to take them on as soon as possible. I wanna be active. I don’t want people waiting around for me and things like that, even though I don’t think they would need to, but I think this is good. This really sets me up at featherweight, so I’m more than okay with it.”

“I just think this is the right decision, the right choice,” Emmett told MMA Fighting. “If I could write it out, this works out perfect, extremely well. Fight for the interim and then we can unify the title mid to the end of next year. In my opinion, there’s only one title and that’s the champion Volkanovski. He has the title but I feel like this solidifies when I get a big win, then I am next to fight for the title.”

A lot of things can go wrong between now and then.

While it’s unlikely, the UFC 284 main event could produce a draw or some other inconclusive finish (like the first fight between Petr Yan and Aljamain Sterling). Volkanovski could also get injured or suffer longterm damage during his Makhachev fight, putting him on the shelf for an extended period of time.

Or “The Great” could win the lightweight strap and make his first title defense at 155 pounds.

Regardless of what happens at UFC 284, it sounds like some of the other top contenders at 145 pounds, like No. 4-ranked Arnold Allen, will be left out in the cold for the foreseeable future.