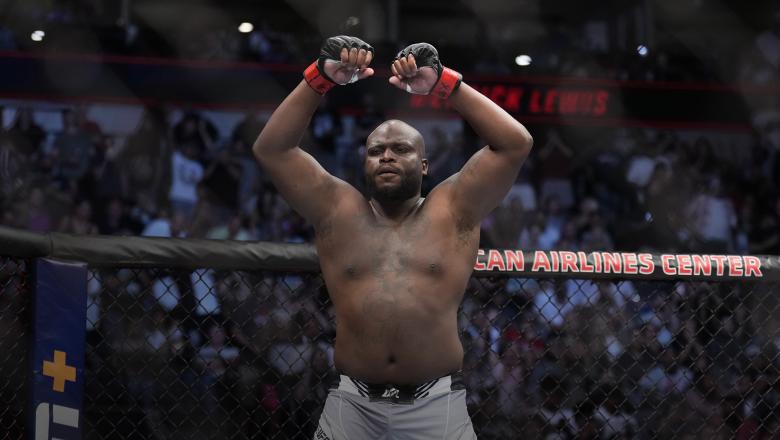 The victories show he still has perhaps the most dangerous one-punch power in all the sport, while the setbacks showed that despite promises to the contrary, nothing much had really changed when it came to training, preparation, and performing against the absolute best the division has to offer.

But this time does feel a little different.

Though they’re still close friends, Lewis is no longer working with long-time head coach Kru Bob Perez, entrusting Joe Murphy to organize and execute his training camp ahead of the weekend’s fight with Spivac.

“He’s still a friend of mine and we’re still good friends, but he’s no longer coaching me,” he said of Perez, who had been a permanent fixture in his corner throughout his UFC career until prior to his last outing. “I switched up my training camp and I’m doing some things a little different to get some motivation going.

“It’s a great feeling going to the gym now,” added Lewis, stringing those words together in that particular order for perhaps the first time in his career. “I’m not getting sick of doing my training regimen. I’m real happy about even going to training now.”

The catalyst for these changes and shift in outlook regarding training is that Lewis hasn’t had his hand raised in nearly a year, and is at risk of having his first year without a victory in his UFC career.

His last win came in the final bout of 2021, where he knocked out Chris Daukaus to establish a new record for the most knockout wins in UFC history. This year, he landed on the wrong side of a second-round stoppage against Tai Tuivasa at home in Houston at UFC 271, and then dropped his follow-up fight to Sergei Pavlovich five months later at UFC 277 in less than a minute.