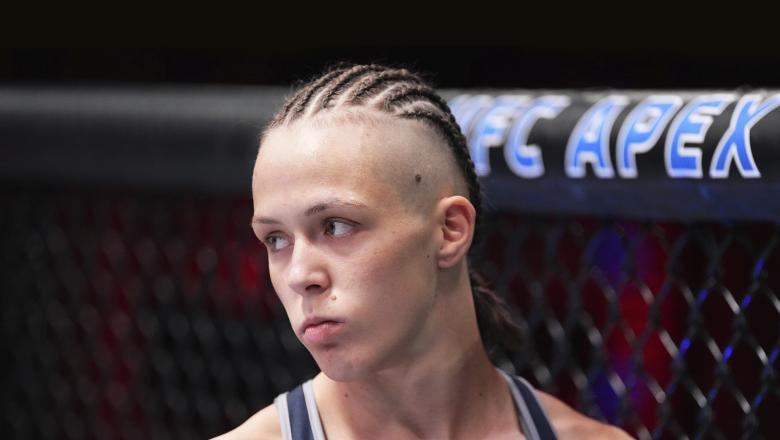 Now comes the actual business of fighting and, for Bleda, that means the business of winning. Perfect through six professional fights, Bleda oozes confidence.

She believes letting the fight go to the scorecards contributed to her not getting a contract on Contender Series, and in her UFC debut, she is all the more eager to find a finish. That said, she also wants to introduce herself to UFC fans in a proper way, something she thinks she needs time in order to show.

“I always want to finish the fight, especially in the first round,” she said. “But, I also want to show my skills, and I don’t want to have an early finish because at least I want to show something.”

READ: Find Out Which UFC Vegas 65 Athletes Have Momentum Heading Into Saturday

Facing Natalia Silva, Bleda thinks her advantages are in her overall strength, as well as the grappling department. That said, she mentioned she lets her coaches spend time thinking about how to best break down opponents. Her job is to take their instruction and execute the plan laid out for her on the night.

November 19 marks a major milestone on Bleda’s six-year journey to this point. The 20-year-old Bleda is the second youngest woman on the roster, and she knew from the moment she started training as a teenager that the UFC was not only the goal, but a real possibility.