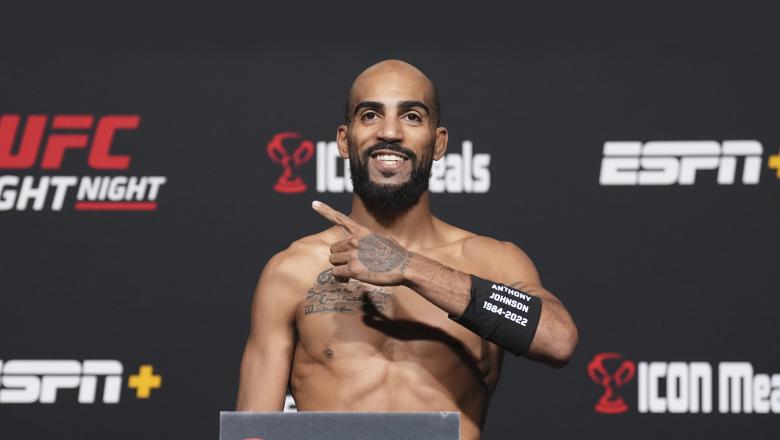 Zhumagulov has never been submitted in his career and has only been knocked out twice. His durability is something that caught Johnson’s eye when asked about his skill set.

“He is here for a reason and he’s going to be fighting his best fight, in my opinion,” Johnson said. “I’m just ready to go out there, do what I do. He’s a very durable guy. He’s always there bell to bell. He’s always pushing and trying to win the fight. He never quits, so it’s going to be on me to break him and break his will, which is what I plan on doing.”

The 31-year-old has his sights set on a finish, whether it be a submission or a KO. He believes that as long as he stays true to himself and remains disciplined, he’ll come out victorious and secure his first UFC win. Johnson explained that getting a victory would mean he’s officially in the UFC and he hopes to follow in the footsteps of peers like Michael Chiesa and Cub Swanson.

“It’s guys that I look up to that I’ve seen on the regional scene, Michael Chiesa, Cub Swanson, seeing him there at LFA and they’re excited about me, but I’m thinking about it and these guys have had long careers and I would love to be in that same room with them energy wise, and just do the same things,” Johnson said. “If I’m more successful in my career, I would love that. But what matters most is getting the win and I can officially say I’m in the UFC.”