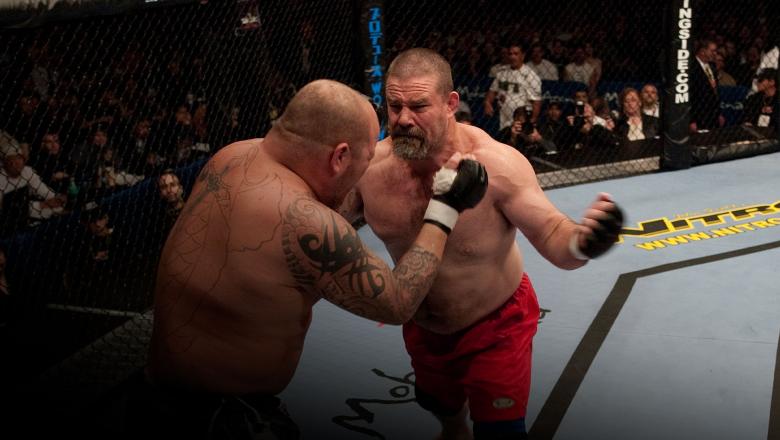 Heavyweights Pedro Rizzo and Ricco Rodriguez showed little urgency in their matchup, with Rizzo winning a lackluster three-round decision over the former heavyweight champion. Scores were 30-27 twice and 29-28 for Rizzo.

Local middleweight Keith Rockel thrilled the fans who came down from nearby Massachusetts as he scored a first-round submission win over newcomer Chris Liguori.  The end came via a guillotine choke.

Both Ligouri and Agallar made early exits at UFC 45, prompting their release from the organization, but neither stopped fighting.

Excerpted from the UFC Encyclopedia