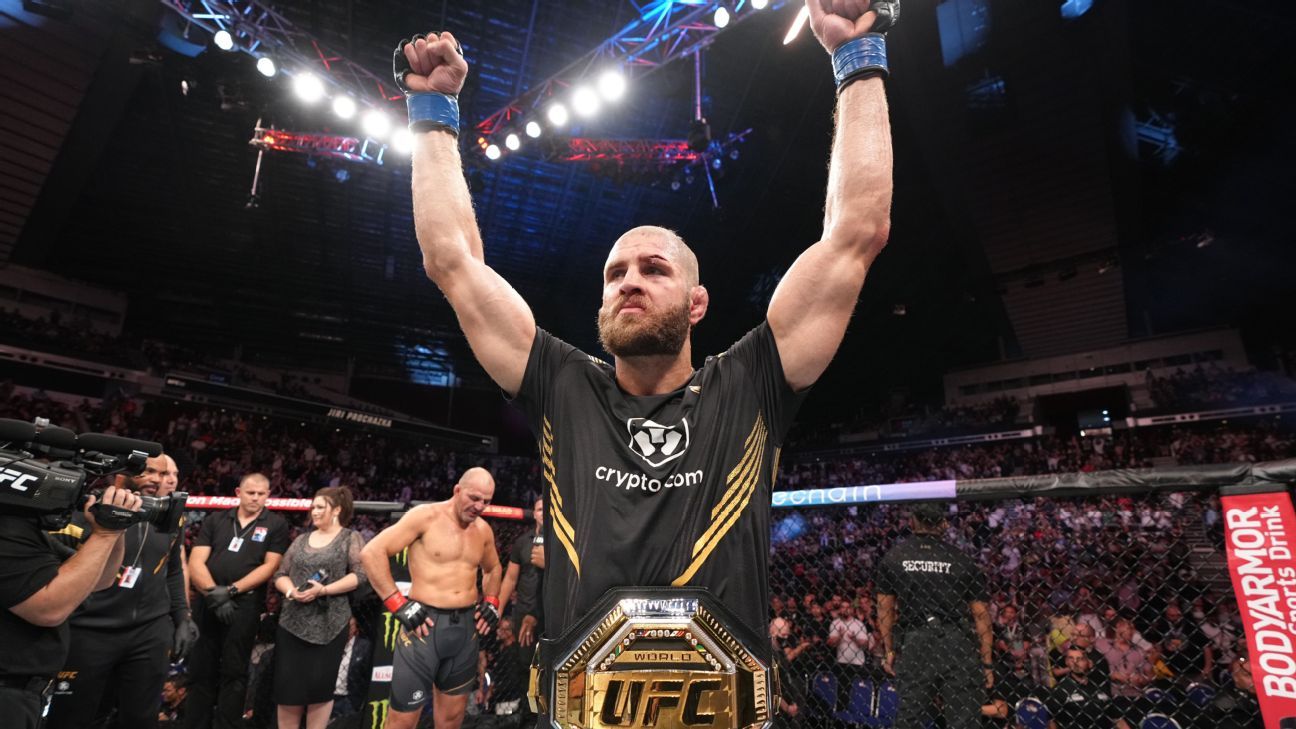 Prochazka (29-3-1) was scheduled to defend his title against Glover Teixeira in the main event of UFC 282 on Dec. 10 in Las Vegas. The 30-year-old light heavyweight suffered injury while training this month. His estimated timeframe for recovery is upwards of one year. As a result, Prochazka elected to vacate his title out of respect for the division, according to his manager Tim Simpson.

“It was actually Jiri’s decision,” Simpson told ESPN. “He has a samurai way of life, and once he knew how long he would be out, he said, ‘I must respect the other fighters and let them fight for the belt.’ He believes they can have the belt but he will still be the champion.”

UFC chief business officer Hunter Campbell told ESPN on Wednesday that former champion Jan Blachowicz (29-9) and Magomed Ankalaev (18-1), who were already scheduled to face each other in a three-round fight at UFC 282, will now fight for the vacant title. Teixeira (33-8) was offered a shot at the vacant belt against Ankalaev, but declined to take the switch in opponent, Campbell said.

Prochazka, 30, faces a lengthy recovery from the shoulder injury, but will return to an immediate title fight once healthy, Campbell told ESPN. The UFC usually considers the creation of an interim title in the event of injuries to its champions, but Prochazka insisted the division not be held up and the UFC agreed to temporarily move on given the uncertainty of his condition.

Blachowicz, of Poland, won the title in September 2020 by defeating Dominick Reyes. He recorded one successful defense against then-middleweight champion Israel Adesanya before surrendering it to Teixeira in late 2021. Teixeira went on to lose the belt to Prochazka in his first attempted defense in June.

Ankalaev has long been considered a sleeper in the division. He is riding a nine-fight win streak, which includes victories over Anthony Smith, Thiago Santos and Volkan Oezdemir.