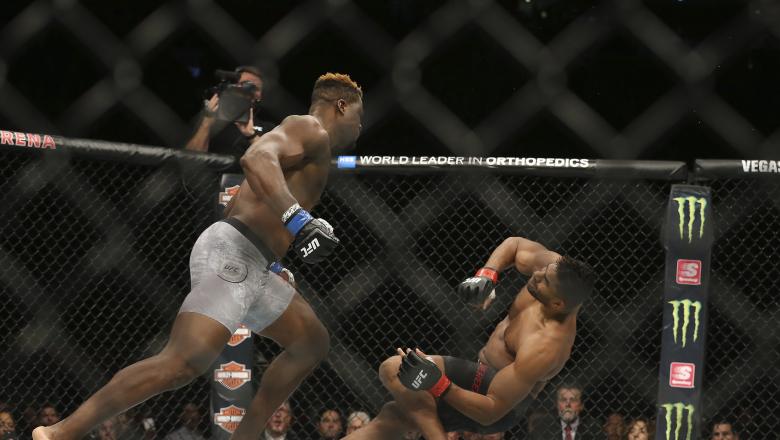 This is one of those “other candidates” for the best title-winning performance in UFC history I mentioned earlier.

What crucial to remember here is that Nunes wasn’t quite the dominant force everyone knows now heading into this featherweight title fight — she was the reigning bantamweight champion, but her last two victories were a razor-close split decision win over Valentina Shevchenko and a drubbing of Raquel Pennington, neither of which had fans breaking down doors to see “The Lioness” back in the Octagon.

But this one had a different vibe to it, as Cyborg had claimed the featherweight title with a unanimous decision win over Holly Holm the previous December and successfully defended the belt in March against Yana Kunitskaya. She was unbeaten in 21 appearances and riding a 10-fight win streak into UFC 232, and this clash of Brazilian titleholders felt like it could determine which of these women would stand as the top female fighter of all-time.

Nunes did what no one else had wanted to do for some time, meeting Cyborg in the center of the Octagon and willingly exchanging with her countrywoman. A sharp low kick gave her an opening to land a hard right hand, prompting the featherweight titleholder to press forward, looking to get one back right away.

Cyborg backed Nunes into the fence, the two heavy hitters swinging hooks, and as Cyborg continued to press forward, Nunes clipped her. Rather than hurry things, Nunes wisely picked her shots, patiently throwing darts that hit the bullseye, dropping her foe’s health meter by huge chunks with each power shot landed.

Cyborg tried to battle back, getting dropped to a knee and hit with big rights until one final rocket found its mark and sent her spinning to the canvas in a heap.

The Queen is dead. Long live the Queen.