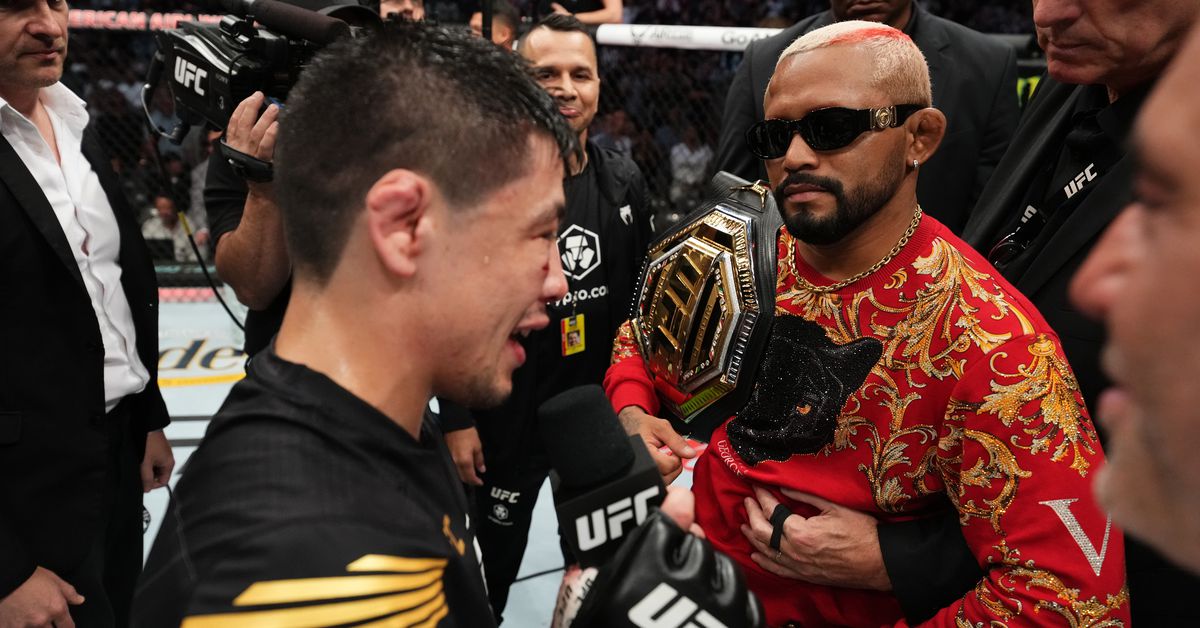 Deiveson Figueiredo and Brandon Moreno will meet for the fourth time in January to possibly put a bow on one of the sport’s all-time great rivalries. According to Moreno’s manager Jason House, it’s reminiscent to Muhammad Ali and Joe Frazier’s epic feud in the boxing world.

Figueiredo and Moreno’s tetralogy bout for the flyweight championship is set for UFC 283, which takes place at the Jeunesse Arena in Rio de Janeiro, Brazil. Both fighters hold a victory over the other, and also were part of one of 2020’s best fights at UFC 256 that was scored a majority draw.

Now that they are knocking on the door of a fourth meeting, House looks back on the rivalry between Figueiredo and his client, and he understands how both competitors have significantly helped each other out.

House joined Moreno in Brazil earlier this month for a UFC 283 press conference to get fans hyped up for the matchup with the champion Figueiredo, and the promotion’s return to the country for the first time since just before the COVID-19 pandemic shut down the world. To say that Rio de Janeiro is ready for this event would be an understatement.

“[The vibe was] awesome,” House said. “You can tell they’re itching to have an event there and everyone’s excited to see this fourth one go down. Rio is a mecca of sorts for MMA so it’s great to be back down there.”