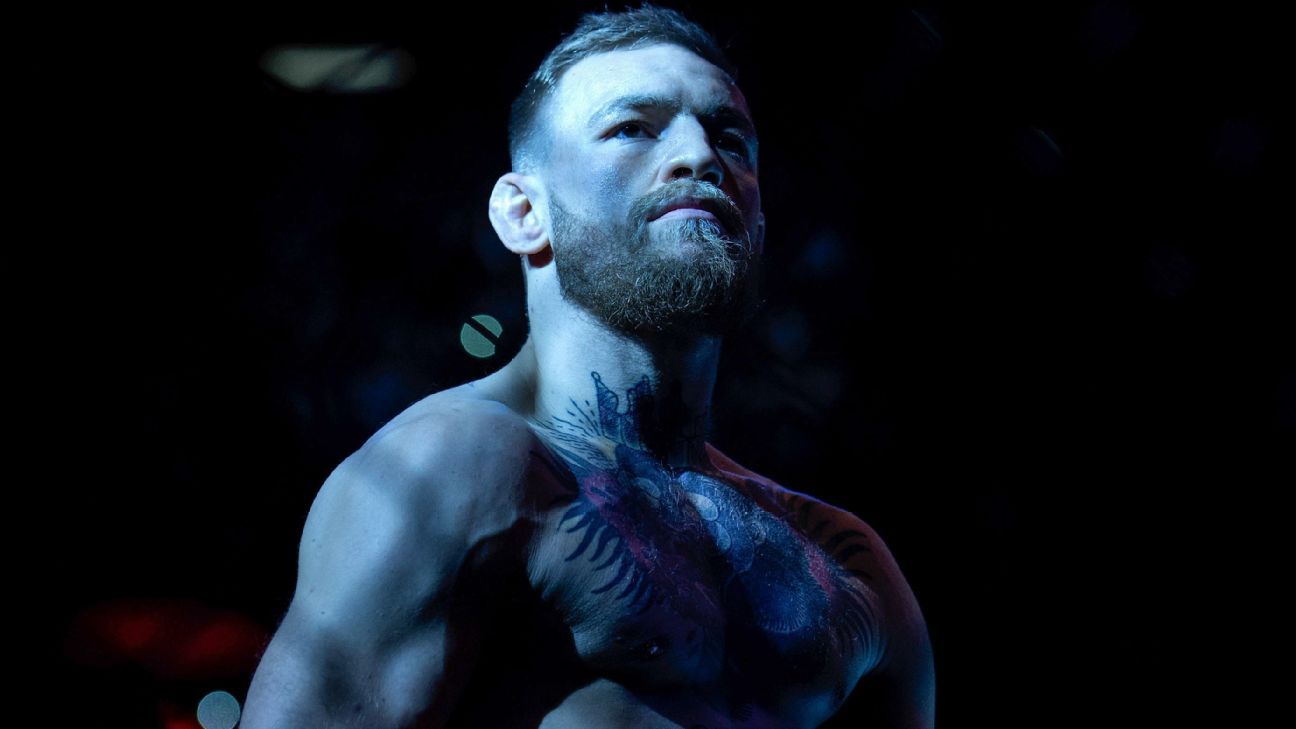 UFC star Conor McGregor is not currently in the promotion’s drug-testing pool and will likely need to be in the pool for six months before competing again, a spokesperson for USADA, the UFC’s anti-doping partner, told ESPN on Saturday.

McGregor, the former UFC lightweight and featherweight champion, has been out of action since breaking his left leg in a fight with Dustin Poirier in July 2021. McGregor has not been drug tested since the third quarter of last year, according to the USADA website.

Per the UFC’s anti-doping policy, a fighter who leaves the pool and re-enters must spend six months of ineligibility in the pool before competing again in the Octagon. Former UFC double champion Henry Cejudo had to complete that six-month wait after coming out of retirement earlier this year.

The UFC can grant an exception and have a fighter come back sooner, which it has done in the past. In that case, a fighter would have to pass just two drug tests before getting back into the Octagon. But USADA does not foresee that exception being used in McGregor’s case.

“McGregor is not enrolled in our testing pool and would have to be for six months unless an exception is granted, which we do not think would be applicable,” USADA director of communications Averi Walker told ESPN in an email.

Typically, when a UFC fighter leaves the USADA drug-testing pool it means that fighter has left the UFC or is retired. In McGregor’s case, neither one of those things is accurate, as he remains on the UFC’s active roster and is eligible for the promotion’s official rankings. McGregor is currently ranked No. 14 in the UFC’s official lightweight rankings.

A spokesperson for McGregor did not immediately respond to a request for comment Saturday night.

In a tweet Wednesday, McGregor wrote he would be “clear for testing” in February. If the star athlete does indeed re-enter the USADA drug-testing pool in February and no exemption is granted, that means he would be eligible to return sometime in August 2023, provided McGregor tests negative during that time.

I am clear for testing in February. I will complete my two tests per USADA and we are booking a fight.

McGregor was the only athlete on the UFC’s active roster prior to Aug. 1, 2022, who had not been tested in 2022 by USADA, according to an analysis done by TSN in September.

McGregor, 34, is the biggest star and highest paid athlete in the history of MMA. He was the first fighter to ever hold two divisional titles simultaneously in UFC history. In 2017, he crossed over into boxing and fought Floyd Mayweather in one of the biggest pay-per-view events ever. Due to inactivity and injury, though, McGregor is just 1-3 since 2016 in the UFC.