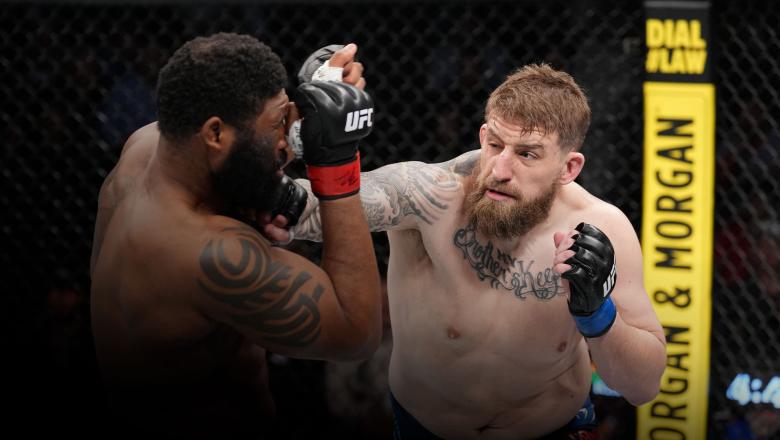 Even though Daukaus’ last two fights didn’t go the way he had hoped, he still earned something that only some fighters experience during their career – headlining an event. After losing to Lewis, the 33-year-old didn’t expect to be the face on a poster so soon after, but just three months later, he was the man on the marquee.

“That’s something that I’ll always remember,” Daukaus said. “I have my own poster and everything like that. It’s super cool and super awesome. The pressure that comes along with that, it’s real. It’s a real thing, but you just have to focus and enjoy it and enjoy life.”

See Which Fighters Are On The Rise At UFC 282: Błachowicz vs Ankalaev

The last time Daukaus stepped inside the Octagon was in March, and since then he spent time getting back into training, spending time with his family and focusing on what went wrong during his last two fights.

The time away has allowed Daukaus to reflect on the losses.

“I can’t be too worried about what other people are going to do in the fight,” Daukaus said. “I just kind of have to fight my own fight. I was so concerned with the takedown (against Blaydes). That’s really, I think, what the driving factor was for him being able to land the big shots, moves that I was concerned about throwing because I was expecting a takedown, but the best way for me to not do that is to just focus on me.”