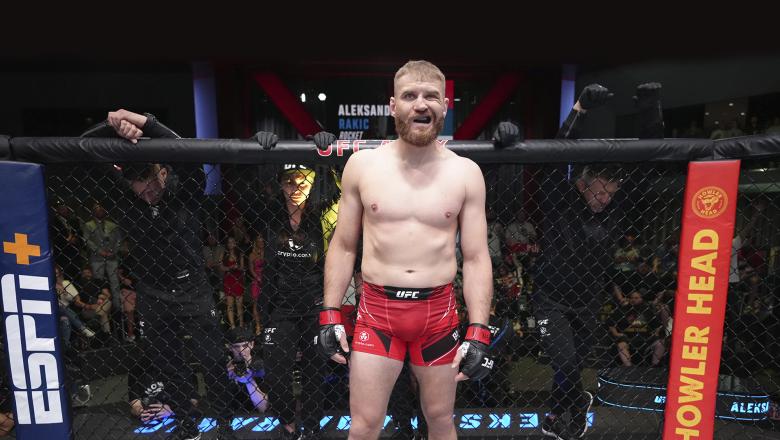 Despite having a wrestling background growing up in Dagestan, Magomed Ankalaev does not utilize a lot of aggressive offensive wrestling. Ankalaev is converting under one takedown per 15 minutes and has been successful on only 33% of his takedown attempts. For comparison, monstrous Dagestani wrestler and UFC lightweight champion Islam Makhachev is averaging roughly 3.5 takedowns per 15 minutes and has been successful on 65% of his takedown attempts. In addition, Ankalaev’s primary wrestling background is Greco, which utilizes upper-body clinch work as opposed to level changes and leg attacks.

Instead, Ankalaev is more of a skilled and patient counter striker. Ankalaev does not absorb a lot of strikes, absorbing only about two significant strikes per minute, a low rate. Ankalaev also has strong striking power and has finished five of his nine UFC wins by KO/TKO.

How To Watch UFC 282: Błachowicz vs Ankalaev

If Ankalaev does not utilize much offensive wrestling and this becomes primarily a striking match, Blachowicz will be extremely dangerous. Blachowicz has the length advantage, carrying a three-inch reach advantage, which will help him on distance strikes. Blachowicz also has a powerful right hand, which will come into play given Ankalaev stands southpaw. The best method for an orthodox fighter to attack a southpaw is with the right hand, because a southpaw’s lead defensive shoulder is on the opposite side of the orthodox fighter’s right hand, giving more clearance to find the button on the right side. Ankalaev has been hurt in fights before on the feet, most notably against Thiago Santos, where Ankalaev was knocked down with standing strikes and put on his back. Ankalaev also had his legs wobbled in his fight against Dalcha Lungiambula.

If this fight does primarily take place on the feet, the skill gap is closer than the betting odds indicate. Blachowicz is over +200 on the moneyline on DraftKings Sportsbook, which is a good plus-money option to consider since Blachowicz’s chances to win appear better than that. Blachowicz has the power to end this fight via KO/TKO if he connects clean, so Blachowicz towin by KO/TKO (+550) is also a higher-reward consideration at big plus money.