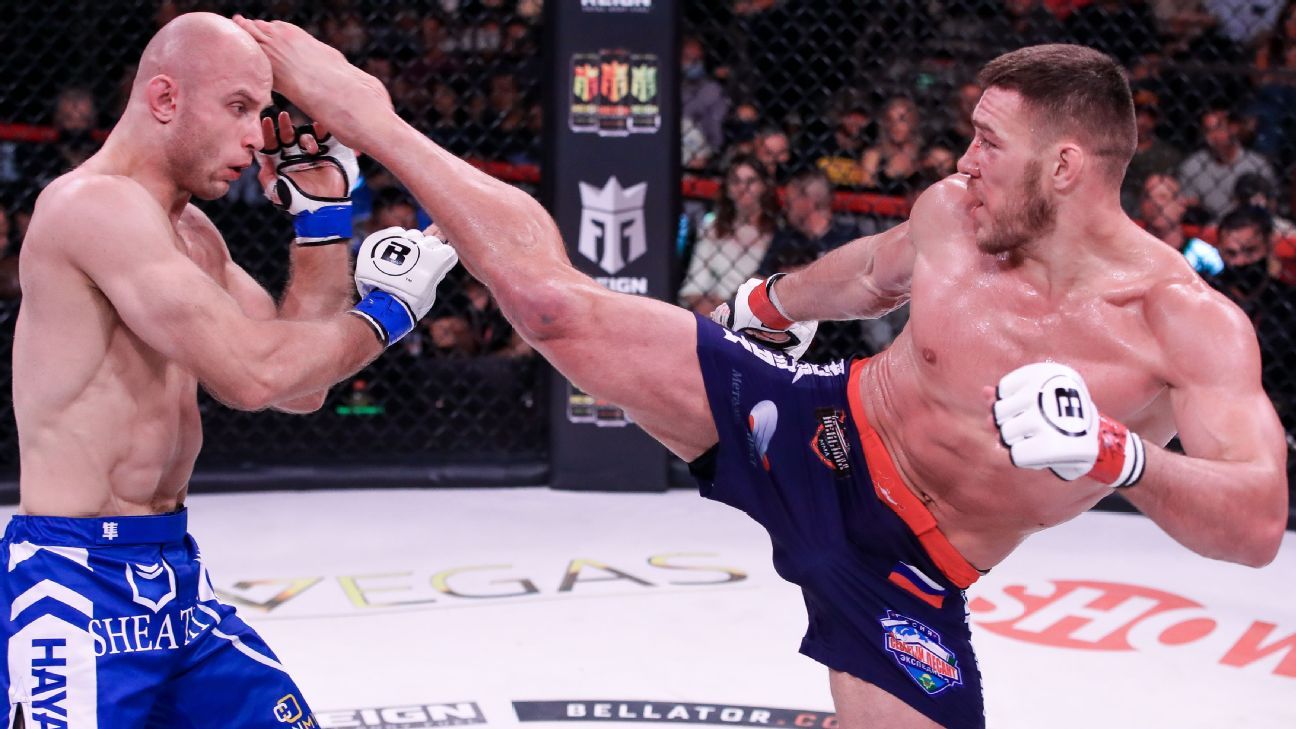 For the second time this month, Bellator has made a move to shore up the existing talent on its roster.

ESPN has Nemkov ranked as the No. 5 light heavyweight in the world, and Bellator’s pound-for-pound rankings have him at No. 2 in the promotion, behind only featherweight champion Patricio “Pitbull” Freire.

“Vadim Nemkov was another athlete that we wanted to make sure we had on the Bellator roster for the foreseeable future,” Bellator president Scott Coker said. “He’s a huge part of a division that we feel is the strongest in all of mixed martial arts. Our light heavyweight tournament showcased that we have the top talent in the world at 205 pounds, and we’re proud to be able to retain such a talented fighter to continue to lead that division. I am looking forward to seeing Vadim in exciting matchups in 2023 and beyond.”

Nemkov (16-2, 1 NC) is coming off a unanimous decision win over UFC veteran Corey Anderson in November in the final of the $1 million Bellator Light Heavyweight World Grand Prix. The Russian-born fighter is the protégé of all-time great heavyweight Fedor Emelianenko. Nemkov, 30, has been the Bellator light heavyweight champion since August 2020 and has three successful title defenses.