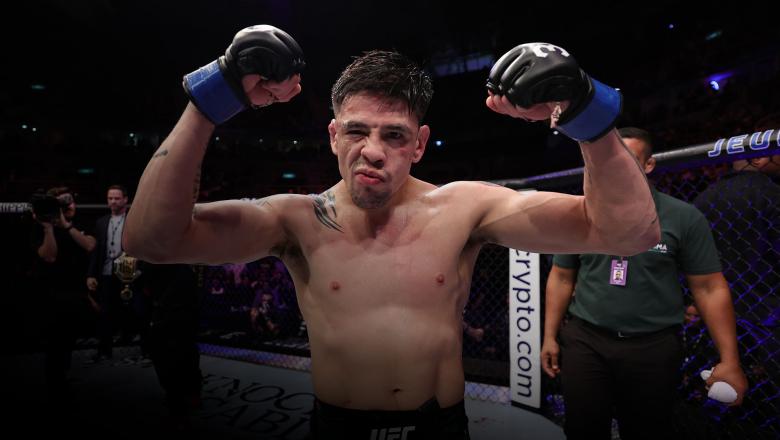 You know you’re getting old in life when the fighters you grew up on start retiring. Want to feel really old? Watch the second generation of fighters you followed hang up the gloves. That’s where I’m at with Glover Teixeira and Shogun Rua. Two of the classiest gents in the game, in and out of the Octagon, it truly was an honor not just watching these Brazilian kings fight, but getting the opportunity to cover their careers in the UFC. Yes, watching them lose wasn’t easy, but in any sport, the ones who leave on top are rare. And yes, I’ve used the quote before, so another time won’t hurt, but as Tom Cruise said in “Cocktail,” “It has to end badly, otherwise it would never end.” So yeah, Saturday night was a sad one, but on Monday, we can celebrate what Teixeira and Rua meant to this sport and have good memories.

Khamzat Chimaev BLASTS Daniel Cormier for his CHOICE OF WORDS about relationship with Darren Till!
Despite Loss, Fedor At Peace With Retirement
Updates to UFC Fight Night: Lewis vs Spivac
Alexander Volkanovski ‘Feels Sorry’ For Post-UFC 284 Opponents
After ‘s*** run in the UFC,’ Sabah Homasi relishes Bellator success ahead of Bellator 290