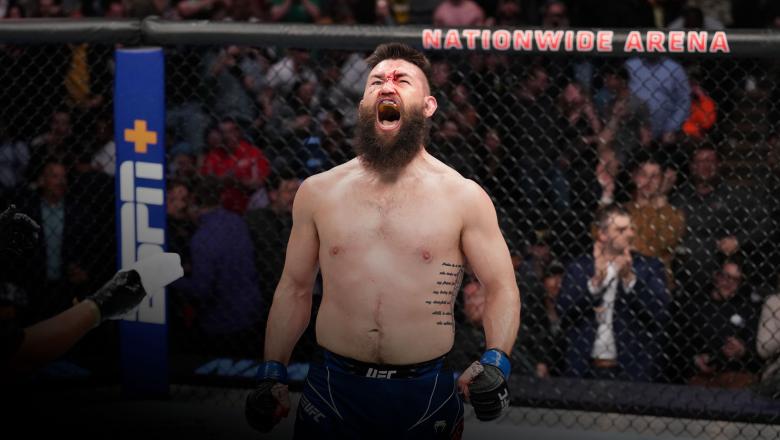 He’s shared the cage with a handful of fighters currently stationed in the Top 15 and a few more that reside on the outskirts, giving each and every one of them a tough night at the office. Now that he’s a little older, a little wiser, and feeling better than ever, he has no doubts that he can not only hang with those fighters, but also beat them.

“For me, I want to test myself, I want to fight the very best; that’s why I’m here,” said the North Carolina-based veteran, who went the distance with Colby Covington and Leon Edwards, and was stopped six seconds before the final bell in an epic back-and-forth battle with Vicente Luque. “Being matched up with those guys and having fought them, winning some, losing some — some of those guys are at the top of the division now and, in my mind, it says that I can be there, and it all comes down to winning the next fight and continuing to win these fights.

But right now, all he’s thinking about is Lawler, and while he’ll be trying to get a Performance of the Night bonus, the only promises he makes is that everyone tuning in is going to be entertained.

“When I go out there on July 2, I want to show people that this is a new ‘Bam Bam,’ this is ‘Prime Bam Bam’ and I’m going to put on a great performance,” offered Barberena. “The things I can guarantee are violence, excitement, probably some blood, and a grueling pace.