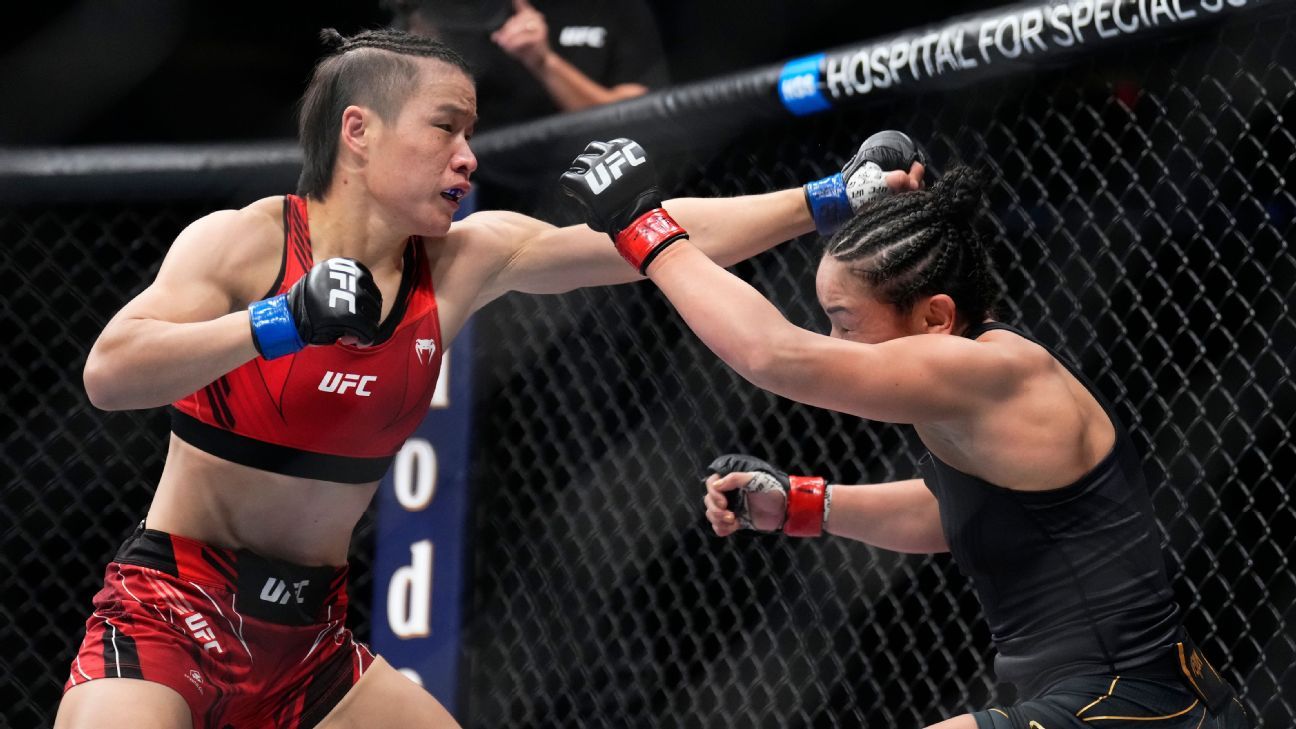 Zhang (23-3) reclaimed her 115-pound championship by submitting Carla Esparza (19-7) in the second round of their strawweight title fight, which co-headlined UFC 281 inside Madison Square Garden. The finish came at the 1:05 mark via rear-naked choke and made Zhang a champion again for the first time since March 2021.

“Every day I dreamed of this, my belt would come back,” Zhang said.

Zhang, 33, has always been one of the best strawweights in the world, but her kryptonite in the UFC has been former champion Rose Namajunas. Zhang lost her title to Namajunas at UFC 261 in March 2021 and lost to her again via split decision in an immediate rematch in November last year.

Esparza took the belt from Namajunas in an upset split decision in May, which helped set up another title shot for Zhang. Although she was the challenger, Zhang went into Saturday’s contest as a significant betting favorite, and it showed once the fight began.

The veteran stalked Esparza around the Octagon, and although she didn’t land too many shots early, the power difference was obvious. Esparza caught a body kick attempt in the first several minutes and looked to take Zhang down, but Zhang’s physicality in the scrambles continued to show up as the fight progressed.

In the second round, Zhang scrambled partially around Esparza’s back and forced her to choke to the tap. The finish is Zhang’s eighth career win by submission and only the second time Esparza has been submitted in her 12-year career. Zhang also becomes the fourth woman in UFC history to become a two-time champion, joining Namajunas, Amanda Nunes and, ironically, Esparza.